Go to The Moment home to see other stories

Getting the deals done

In 2008, Triumvirate faced a turning point. After growing by $4 million a year for 20 years, the firm was poised to close four crucial deals. Major acquisitions in New England and the Baltimore/Washington area would take the company to a new level.

Then, after six months of discussions, Triumvirate’s legacy bank said they couldn’t accommodate the deals on the terms they’d been discussing.

“I felt like the rug had been pulled out from under me. That’s when you want to call people who you trust. Which is why I called Webster Bank.” —John McQuillan, CEO

Instead of dealing with the bureaucracy of a hierarchical bank structure, John McQuillan was able to work directly with the decision makers at Webster Bank. The result: responsiveness, efficiency and speed. Triumvirate got approval for all four deals on the original terms—in just one week. 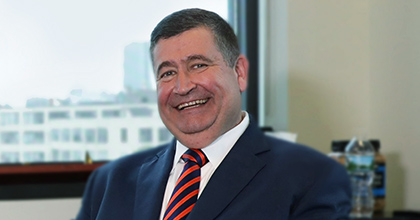 Learn more about all the ways we can help you achieve your goals.